From beautiful, reed woven baskets of the First Peoples, to the gleam of Japanese glass fishing floats, our stories await your curiosity.

The first approach of Europeans to the Pacific Northwest was by sea. During the 18th century, Spain, Portugal, England and France explored the Pacific Coast looking for natural resources and a Northwest Passage through the continent. As early as 1572 Sir Francis Drake explored the area, naming it New Albion. Contact with Native Americans remained undocumented until 1788, when Robert Haswell, Captain Robert Gray’s first mate, wrote in the ship’s log of an encounter with two native men in a canoe near the mouth of the Salmon River.

The first recorded tourists came in August of 1837. Reverend Jason Lee and his new bride, Anna Marie Pittman, Mr. Cyrus Shepard with his wife, Susan Downing, and their guide, Joseph Gervais, came by horseback from the Willamette Valley to the coast along the Salmon River Trail. They camped in a grove of trees near the sea in what was later the Oceanlake area. Here the two couples enjoyed a belated honeymoon, bathing in the surf and relishing many clam and fish bakes. Their journals indicate that they very much enjoyed the unspoiled coast and that their health improved after several weeks of sun and sea air.

Then in 1849, Lieutenant Theodore Talbot gives a detailed account of an exploratory trip he made to Siletz Bay. His journals mention encountering an old Indian man who told Talbot that he and his family were the “last lingering remnants of a large population that dwelt upon these waters.”

In 1855, the area became part of the Coast Reservation and still later, the Siletz Reservation. Homesteaders began arriving soon after Congress passed the Dawes Act in 1887. This act opened up Coast Reservation lands to white settlement and gave 80-acre “allotments” to reservation Indians. Native Americans, as well as white settlers, first inhabited land along the Siletz River, Siletz Bay and the Salmon River. Early settlers homesteaded the land and combined subsistence farming with fishing and hunting in order to survive on the isolated coast.

Kernville has the distinction of being the first town in this area. In 1896 Daniel Kern established the Kern Brothers Cannery. Located about 500 feet above Coyote Rock on the Siletz River, it became the first major industry in North Lincoln County. Daniel’s brother John became the first postmaster when a post office was established at the cannery that same year.

The Siletz River was a fisherman’s paradise in those early years. Salmon abounded; so many you could see a constant disturbance in the water when the fish were going upriver to spawn. Homesteaders fished for extra income. The cannery provided a net, a cabin, net rack and a boat to use on credit. By the early 1920s, however, the numbers of fish were diminishing and new regulations in 1935 prohibited drift net fishing altogether.

The area then turned to logging for its industry. Many men saved their money and bought timber to log in the pioneering days of an industry that was to become the backbone of the Northwest’s economy. These individuals were known as “gyppos.” After the earliest era of logging with oxen and mule, steam-powered “donkey” engines were used to pull logs out of the woods. When World War I brought the need for Sitka spruce, a wood that was both light enough and strong enough for airplanes, the industry flourished.

In the recent past and today, Lincoln City relies on tourism for its industry, welcoming guests from around the world to share in its natural beauty and treasures awaiting discovery.

Sissie and Jakie Johnson Jr. were the first residents of Taft. They had been given a 160-acre allotment on Siletz Bay as compensation when reservation lands were taken away. With its location on Siletz Bay providing access to the coast and ocean, and the Siletz River providing transportation to people living along the river, Taft became the center of north Lincoln County’s social and economic life. Homesteaders came into town for festivities on most holidays, but the Fourth of July drew the biggest crowds.

John W. Bones erected the first store in Taft, establishing a post office in the store on January 22, 1906, with Mr. Bones as the first postmaster. When naming the town, Mr. Bones requested first the name of Siletz Bay, but this was rejected since there was already a town of Siletz in the area. He named the town for William Howard Taft, who was then Secretary of War and later became president.

In the mid-twenties and early 1930s, Herbert Rexroad, one of the earliest businessmen to settle in Oceanlake, operated a campground in the grove of trees believed to have been the exact spot where Jason Lee and his party camped. The large tract owned by Rexroad and his partner, Edgar L. Hoyt, was registered as “Devils Lake Park” and constituted the main business section of the town. Another large tract of land, owned by the Catholic Church, was called Raymond, named for Father Raymond, the church’s pastor.

The town had no official name until 1926 when a post office was established with A. C. Deuel as the first postmaster. Some have given Mr. Duel credit for naming the town, but it is also thought Mrs. H.E. Warren, a member of the Booster Club, is the author of the name, having described the area as lying between the ocean and the lake. Oceanlake annexed Wecoma Beach, another small town to the north, and was incorporated as a full city on November 3, 1945. Boyd C. Jenkins, a dentist, was the first mayor.

The earliest homesteaders included Mr. and Mrs. Henry Hostetler, who bought Indian allotment land as early as 1910, and the Thorpe brothers, Alvin and Harry. Harry purchased land to the south of the Hostetlers and named the platted tracts “Camp Roosevelt” and “Roosevelt by the Sea” after the newly completed highway. The origin of the name Delake has several versions. In one, early Finnish homesteaders would say of the area, “I’m going to de lake,” and the name stuck to the area. In another, the d and e constitute a French word meaning “by,” hence, the area “by the lake.”

The first store and Post Office in Delake was established in 1924. A. C. Duel was the storekeeper and became the town’s first postmaster.

The “D” River, which runs through the center of Delake, has been known by various names in the past, including “the outlet.” A contest determined its permanent name, giving the shortest river in the world the shortest name.

Possibly because of Nelscott’s dense forest of spruce and hemlock, no settlers are known to have inhabited the future town site until shortly before 1910, when August Wallace homesteaded on the land.

In the early 1900s, Charles P. Nelson glimpsed a lovely valley gently sloping to the sea as he walked the beach from Taft to Cloverdale, noting the wooded hills on three sides and crystal stream flowing to the sea. Years later, when Mr. Nelson and Dr. W. G. Scott were looking for land to develop, they revisited the area, found it for sale and purchased it. Combining their last names at the suggestion of Mrs. Nelson, they formed the Nelscott Land Company and the town of Nelscott was born.

When Nelscott’s second store opened in 1927, it contained offices for the Land Company, a restaurant, a bus depot, hotel rooms and living quarters. In 1929 it also contained Nelscott’s first post office.

Cutler City was the third town site in North Lincoln County. Originally part of the allotment of Charlie Depoe, a Siletz Indian, and the land was sold to Mary and George E. Cutler of Dallas, who established a town site on June 4, 1913. The North Lincoln Rhododendron Society was organized in 1938 for the purpose of preserving native plants and celebrating the blooming season. Cutler City, abloom with so many colorful rhododendrons from May through June, was chosen as its rhododendron capital.

In the 1930s these towns, which developed somewhat independently of one another, competed to attract tourists and increase business. Annual events like Taft’s Redhead Roundup and Oceanlake’s Regatta drew visitors from all over the state and further emphasized the distinctive characteristics of each town. But the shared need for better streets, hospitals, police, fire protection and an efficient water system meant consolidation planning meetings were held in the towns from Roads End to Cutler City in 1964.

In December of 1964, Oceanlake, Delake, Nelscott, Taft and Cutler City voted to consolidate as one city by a margin of only three votes. After electing a mayor and city council and establishing a budget, the new city became officially incorporated on March 3, 1965.

Choosing a name for the new city proved almost as divisive as agreeing to consolidate. Residents voiced loud objections to any name that was the same as an existing city, like Oceanlake, and no other proposed names found a consensus. A committee was formed to tackle the problem. A contest sponsored by the local newspaper and radio station asked residents and school children for their proposals. The top five submissions were published as a ballot in the newspaper including: Miracle Beach, Lincoln City, Miracle City, Surfland and Holiday Beach. The two most popular were Lincoln City and Surfland. Although Surfland was the name preferred by schoolchildren, some committee members thought that was a “honky-tonk” name. In the end, Lincoln City was chosen. 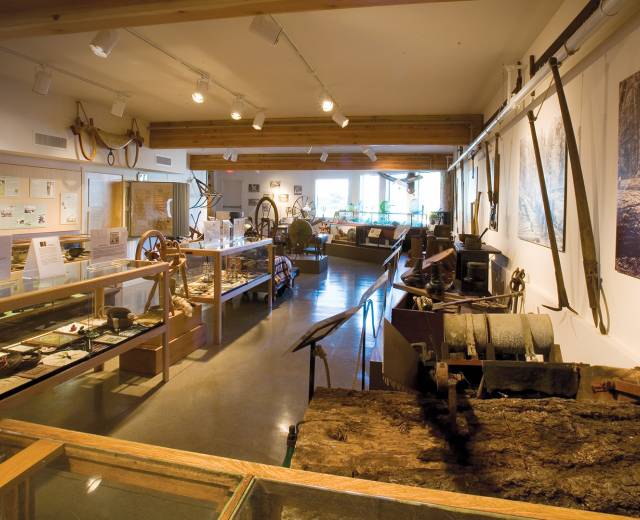 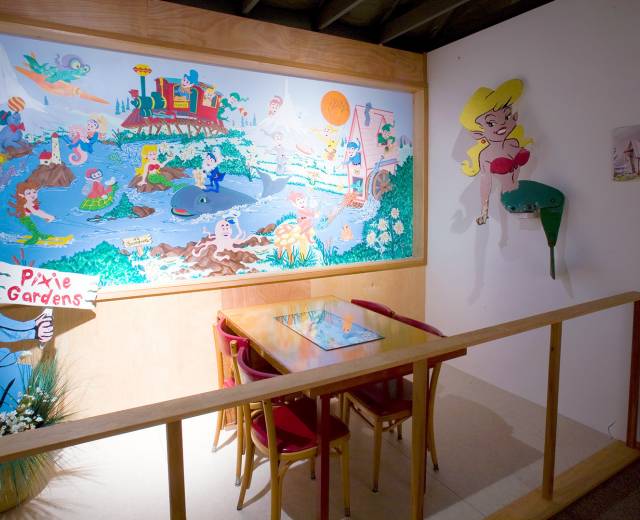 Trip Through The Past Travel back in time, from the early days of the First Peoples to the settling of the area to the first glass floats washing up on our shores. 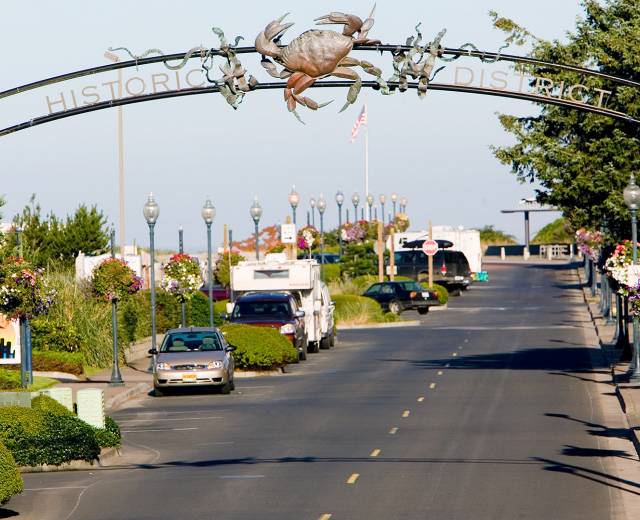