Thirsty for a tasty, complex Oregon brew? Lincoln City is home to two breweries to quench your thirst on your next visit to the Central Oregon Coast.

Looking for a specific fall brew or a way to round out the summer with a fresh, fruity ale? You’ll find it out here in Lincoln City.

Located on the north end of Lincoln City, McMenamins Lighthouse Brewpub features menus based on items from local and regional growers and producers, from Tillamook cheese and ice cream to Pleasant Valley pickles, Sheridan Fruit Company, Country Natural Beef and many others. Their commitment to offering fresh pub fare is revered. In addition to delicious pub grub, the Lighthouse Brewpub offers a rotating tap of in-house brews, ranging from the crisp, light Cascade Head Golden Ale (named after the popular hike just north of Lincoln City) to the dark and mysterious Whiskey Vanilla Terminator Stout.

For a fall beer with a bit of European flair, try their Mannschaft Kolsch—a classic German beer crafted by nine different McMenamins brewers. All German malts, German-style hops and German Kölsch yeast bring you back to what a traditional Kölsch might have tasted like in Germany in the early 20th century. Light in alcohol and light in color, this beer doesn’t lack in flavor. This golden pilsner will help you fall right into your Oktoberfest vibes.

Winding your way south on Highway 101, you’ll find Rusty Truck Brewing nestled in the Taft District of Lincoln City. This homegrown brewery puts emphasis on handmade beer from scratch and promises to never take shortcuts or use extracts. From their easy drinking golden Beach Blonde Ale to their seasonal Cherry Chocoholic Baltic Porter, Rusty Truck Brewing offers every color of the beer rainbow. To say farewell to summer, raise a glass of their Moonlight Ride Blackberry Ale, inspired by the September smell of ripened Oregon blackberries. The brewing process calls for the aging of 126 pounds of pureed blackberries per 10 barrel batch. To say hello to fall, enjoy Rusty Truck’s classic Fender Bender Amber Ale, with notes of chocolate barley and an assertive hop character.

Beachcrest Brewing Co. is a family-friendly place for visitors and locals alike to gather after a day of outdoor adventures to relax, connect and enjoy locally made and inspired beers. Situated on the Salishan Golf Course, the outdoor sundeck views are stunning. Inside, they have long community style tables and a large space big enough to host live music. As a family friendly business, you can still enjoy locally crafted beer in a cool environment while playing a board game with your kids. Outside food is welcome, but you can also find a rotating food cart nearby. They also have a small menu of snacks made in house. Beachcrest is quickly becoming adored by all because they are focused on building and enriching the local community by creating a space for friends new and old to gather. Next time you are in town, give them a visit. You’ll be welcomed with a smile. 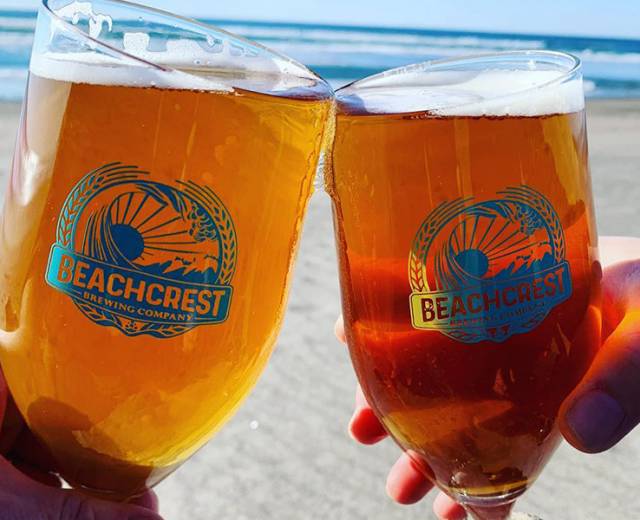 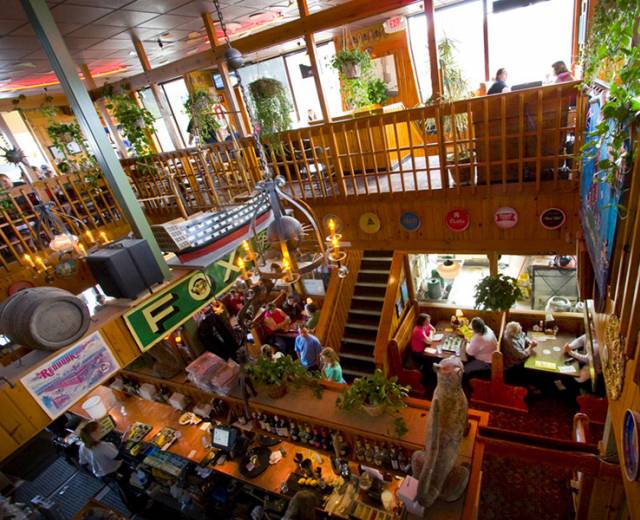 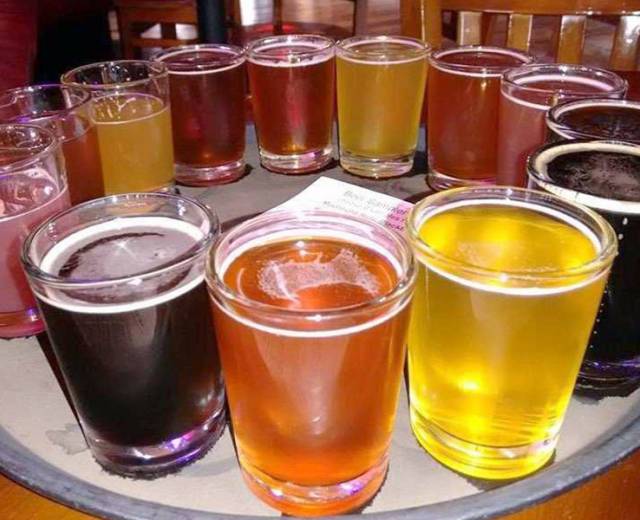