Visit the beach in Lincoln City and you may stumble upon a piece of art. One piece of art in particular isn’t made of glass at all.

The Southwest 35th Street beach access is guarded by the watchful eye of Joe, the Sea Lion. This statue sits patiently at the end of the access…greeting visitors to the beach. At first glance, one might wonder about Joe’s story. It is a tale that is equal parts quirky and tragedy.

During the last week of March 1933, local resident Dave Dewey discovered an injured and battle scared male sea lion on the beach that appeared to be hunting for a cave in which to recuperate. Dave lassoed him and brought him up the ramp in Nelscott with the intention of caring for him until he was well. A fenced in pen was built for him, but every night he would escape by climbing over the picket fence with the greatest of ease, careful not to crush flowers or break flowerpots. By morning he would be seen trying to enter any open door, perhaps mistaking them for the entrance of a cave. He might even be discovered in one of the waterfront houses, much to the alarm of the residents who were obliged to show him out.

After a time, local residents of Nelscott grew fond of the old guy and named him Joe. They didn’t even mind him sunning himself on their porches or decks. Joe loved the attention, especially being bathed with a hose or having his back rubbed with a broom.

Joe grew so popular with tourists he even made the front page of the Oregonian. An estimated 5,000 came to visit Joe in the week that followed, causing such intense traffic that the streets had to be re-graveled.

All was well with Joe and the world, until a group of people in a neighboring town, having become envious of Nelscott’s publicity, complained to the county game warden that a wild animal was being kept as a pet. The warden was then forced to remove him.

Joe was loaded into a truck, barking his complaints every step of the way as he had grown to love his residence ashore. He was taken down the coast where he was ignominiously dumped into the ocean, never to return. Years later, the body of a dead sea lion, found in the Sea Lion Caves near Florence, was said to have been Joe because he bore the same deep battle scar on his neck and shoulder and was blind in one eye. In 2013, to commemorate the memory of Joe, a statue was made and placed at the 35th Street beach access in the Nelscott District. The real Joe may have long since passed on, but he is forever memorialized here for a new generation of visitors to learn about. Like the real Joe, this statue is never camera shy.

To learn more about Joe the Sea Lion or other quirky tales of the area, visit the North Lincoln County Historical Museum at 4907 SW Hwy 101 in Lincoln City. 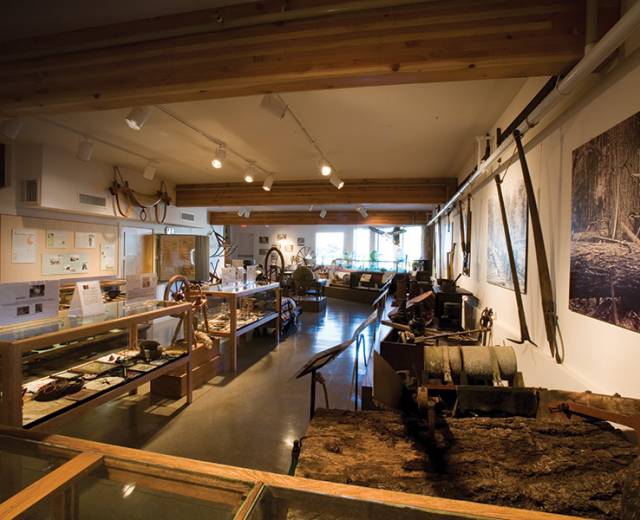